Db2 Web Query for i is a family of analytics products. The two products on the reporting/Business Intelligence side have been Express Edition and Standard Edition. The 3rd product, Db2 Web Query DataMigrator ETL is intended as a complimentary ETL (Extract, Transformation, and Load) tool for creating a data warehouse or data mart infrastructure to support your analytics (or to replicate data across different databases).
Express Edition includes report and dashboard authoring capabilities and all the output options like PDF, Excel, HTML, HTML Analytical Documents (previously known as “active” technologies).  Express Edition is an entry level version without all the bells and whistles of Standard Edition. You can think of Standard Edition as more of the Enterprise Solution that added to Express (via an upgrade path):
For many customers, Standard Edition is a great value to get a solution that integrates data from many different data sources while supporting literally thousands of users either running reports or having reports distributed to them. However, for smaller shops Express Edition fit most of the requirements but only for a small number of users.

With today's announcement, two new editions to the family are added bridge a gap between Express and Standard. The two new editions expand the use of Express Edition to add more end user support at significantly lower costs.
Here's a couple of examples (using U.S. list prices as of this writing). An assumption here is that the company already owns license rights to Express Edition (which most companies do). Even if you didn't own Express Edition the number comparisons would be similar.
Company "A" has a need for 2 report authors and 10 consumers of reports. Using U.S List pricing the cost per user would be over $300. For either of the two new editions just announced, the cost per user would drop $200 to just a bit over $100/ea. Wow. Add to that, you could add an almost unlimited number of users for.....get this.....$0.
Company "B" wants 4 report authors and 50 consumers of reports. In this case, adding individual licenses to Express Edition would result in a nearly $400 cost per user. Upgrade to one of the new Editions and the per user cost drops to roughly $70. And again, add more consumers for $0 and virtually unlimited head room to grow. Wow again.
So what are the two new editions?

Scheduler Edition adds the ability to schedule reports and dashboards to be run in batch mode and distributed in a variety of ways. Use the built-in scheduling interface to create repeating or one-time schedules at the appointed time. Send the resulting report or dashboard out using your email system, either sending it out as an attachment or a zip file. You can also FTP or save it back to the Db2 Web Query Repository. 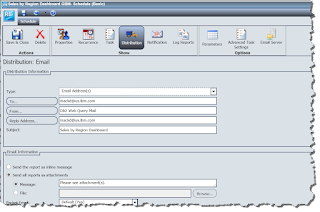 You can also use your IBM i job scheduler through the included CL command that is similar in function to the built-in scheduling interface with some slight functional differences. Send reports out to a distribution list, FTP it, or push the report to an IFS or network drive location. For some customers, the CL Command makes it easier to trigger the process as part of an IBM i scheduler job stream. For instance, after end of day processing, produce and send out some reports and dashboards.

Consumers, or recipients of the reports, do not have to be licensed to Db2 Web Query and can be receiving the reports on any client (PC, tablet or other android or apple device with the no charge Db2 Web Query mobile apps). Remember that the report can come in the form of a spreadsheet, an "active" report, or dashboard that allows the consumer to be able to work with the data after receiving (filter, pivot or roll up, chart a subset of data, and more).

RunTime User Edition expands the number of users that need to sign into Db2 Web Query and run (but only run – not edit or create) reports/dashboards. Based on IBM i Group profiles, each core license of RunTime User edition comes with 2 run time group licenses. Each of those licenses can support an IBM i Group profile containing literally thousands of IBM i users. All of those users can run reports concurrently. If needed, you can always add more run time group licenses to the 2 that come with a core license. 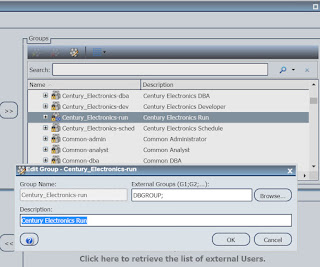 You can upgrade from Express Edition into either of these editions, but they are mutually exclusive. If you need both scheduling function and concurrent run time group support, you should just upgrade into Standard Edition and get the other goodies too!

Scenario 1: We are  a very small shop and only have ½ a dozen users of Db2 Web Query, and only need Db2 for i as a data source.  Solution: Express Edition + “authorized user” licenses.

Scenario 2: We have a small set of report and dashboard developers but a large number of users that would like to receive reports/dashboards on a regular interval. We want to run the report just once but burst sections of the report out using different distribution lists. Solution:  Scheduler Edition (Standard Edition supports this too and is a superset of Scheduler Edition).

Scenario 3: We have a large number of users that need to run the reports in a self-service ad-hoc manner (i.e., they can choose to run the report at any time to “live” data). Solution: RunTime User Edition (Standard Edition supports this too and is a superset of Scheduler Edition).

Keep in mind that you can add individual “authorized user” licenses to Express Edition to support more users, and then assign roles such as RUN-ONLY to each of them individually, but with the new price points of RunTime User Edition it only takes a dozen or so individual users added to express to exceed the cost of just upgrading to RunTime User Edition.

Scenario 4: I need to support a large number of users that need to run reports and would also like to have seamless access to data that resides in Db2 and Microsoft SQLServer. Solution: Standard Edition.

Scenario 5: We would like to embed reports into our own web application that supports large number of users. Solution: Standard Edition.

Scenario 6: We need to tool that can automate replication and transformation of data from one database into another. We’d like to be able to run the processes from an IBM i job scheduler. Solution: DataMigrator with a pre-req of one of either Express, RunTime User, Scheduler or Standard Edition (Standard required if a non Db2 data sources is involved as either a source or target).

The two new editions provide customers with a more economical offering for supporting either a large number of report consumers or a large number of run time users. They will be available through our EZ-Install package (Level 9) in a couple of weeks. Business Partners may want to note that e-configuration support for upgrades will be coming in August (but net new configurations are supported now).

If you have questions about what the right Edition is for you, feel free to reach out to our Db2 Web Query team at QU2@us.com.com